The Hellenic Heritage and Culture Committee (HHCC) of the Greek Community of Niagara is dedicated to instilling a keen awareness in every Greek of their Hellenic heritage and culture – a legacy which has played a major role in shaping Western Civilization.

The seeds for this committee were first planted in 2008, when a group of professionals – all children of immigrants who established the Greek Community of Niagara in 1968—united to publish the 40th Anniversary Historical Album entitled, The Greeks of the Niagara Region: The Enduring Hellenic Diaspora (2010). This book now rests in the permanent collections of Niagara area museums and libraries, as well as the Archives of Ontario and the National Library of Canada. 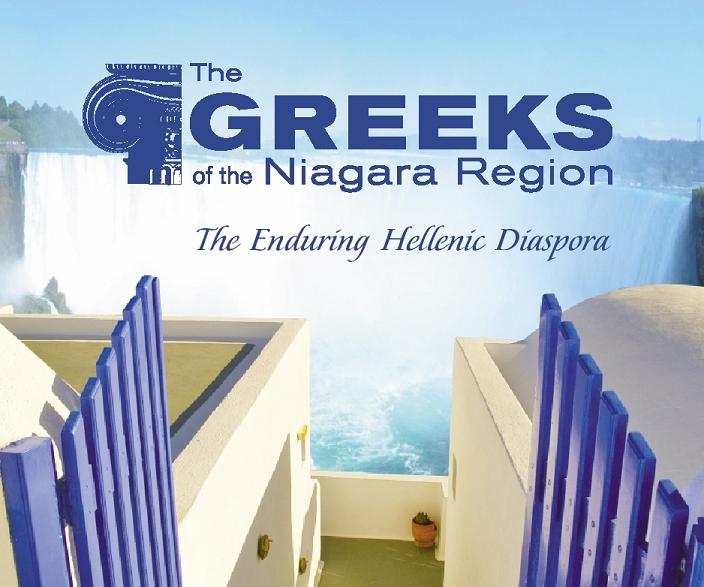 Thanks to the success of this book, the Hellenic Heritage and Culture Committee was launched in 2013. Since then this committee has pursued creative initiatives that preserve, promote and celebrate our rich ethnic, historical and cultural identity, as well as foster new ties with organizations in the Niagara Region that support Canada’s multicultural landscape.

The Hellenic Heritage and Culture Committee currently produces the annual celebrations for Greek Flag Day at St. Catharines’ City Hall. Held in March, city officials raise Greece’s distinctive blue and white flag outside of City Hall in honour of Greek Independence Day (March 25, 1821). This important day in Greek history marks the country’s liberation from 400 years of occupation by the Ottoman Empire. In fact, 2016 will mark the 40th anniversary of this ceremony at City Hall.

The Hellenic Heritage and Culture Committee also produces the annual Dionysia wine tasting gala, which was created to educate Canadians about the importance of Greek wines and wine-making from antiquity to the present day, as well as promote Greece’s new generation of vintages that are now sought after by connoisseurs around the world.

Greece’s turbulent past has played a critical role in shaping this country’s rich culture and traditions.

Greek culture has evolved over thousands of years, dating from the Paleolithic era and the birth of the great Minoan period (2600-1500 BC) to the emergence of the Mycenaean era (1500-1150 BC); the Classical Period’s Cycladic civilizations (6th - 4th centuries BC); and the Golden Age, during which time Greece experienced an unparalleled cultural boom in the fields of art, architecture, drama, philosophy and science.

Greek culture continued to survive despite a long sequence of invasions and domination by the Macedonians, Romans, the Byzantine Empire and the Ottoman Empire, which ruled Greece for 400 years.

The Greek Orthodox Church has played a vital role in maintaining Greece’s ethnic and cultural identity, particularly during times of war – including several occupations by foreign invaders. Most Greeks, whether deeply religious or not, attend church, observe major religious holiday and recognize Orthodox Christianity as their national religion.

Known for using fresh, simple ingredients, fragrant herbs and olive oil, Greek cuisine is often cited as an example of the healthy Mediterranean diet. In fact, sharing a healthy, flavorful meal with family and friends is one of the most basic and enjoyable aspects to Greek culture.

Greece is famous for Ouzo, which many consider to be the trademark alcoholic beverage of this country. Greece’s other famous offerings include Retsina, known for its unique resin taste, and Mavrodafni -- a strong, sweet dark wine from the Peloponnese that is used for Holy Communion in the Greek Orthodox Church.

Greek music extends far back into Ancient times, where it played an important role in the education system. Indeed, at six year of age boys received musical instruction from teachers.  Music in Ancient Greece also included mixed-gender choruses performing for entertainment, celebration and spiritual reasons. The Greeks also played such instruments as the double-reed aulos and the lyre.

In Greece Easter, rather than Christmas, is the most important celebration of the year. The key item served for Greek Easter is roasted lamb, which is frequently prepared by cooks over a flaming open pit. It is served in honour of the Lamb of God, who was sacrificed and rose again on Easter.

Also, according to Orthodox tradition the symbolic red Easter eggs are dyed on Holy Thursday. The Greeks believe that the Virgin Mother dyed eggs this colour to celebrate the Resurrection of Christ and life. In fact, cracking eggs is a traditional game across the country, where challengers attempt to crack their opponent’s best picks. The person whose egg lasts the longest in this game is assured good luck for the rest of the year.

Most Greeks are named after a religious saint who is honoured by the church. For that reason, name days are much more important in Greece than birthdays. When someone has a name day friends and family will drop in without invitation to offer their good wishes. Hosts will then treat their guests to a wide array of sweets and appetizers to celebrate the day.

Marriage is another reason for celebration in Greece. In some parts outside of Athens and other major urban centres brides still receive a dowry made by their mother, grandmothers and aunts, consisting of sheets, towels and handmade embroideries. As well, the father of the bride traditionally offers a furnished home to his daughter and son-in-law as a wedding gift.

Baptismal Day is important to Greeks and usually takes place within the first year after a child’s birth. On Baptism Day a baby is undressed and wrapped in a white towel. The priest blesses the water and adds olive oil which is brought to the ceremony by the child’s godparents. He then immerses the infant three times in the water, repeating the child’s chosen name for all to hear. The priest also blesses the baby and his or her clothes with “myrrh” (olive oil blessed by the Patriarch). The child is then dressed in new white clothes, has a gold chain with a cross placed around its neck, and receives Holy Communion for the very first time. Once the ceremony concludes, the parents kiss the godparent’s hands and receive guests’ good wishes: “Na sas zisei” (Long life to your baby).

Greek Independence Day is vastly important to the citizens of this country and celebrates Greece's liberation from 400 years of Ottoman domination on March 25, 1821.

October 28: Saying "NO" to invaders

On October 28, the Greeks celebrate the day when General Metaxas said “No” to the Italians who wanted to invade the country. Metaxas was appointed Prime Minister of Greece between April and August of 1936, and then dictator during the 4th of August Regime from 1936 until his death in 1941. In celebrating the heroic declaration Greeks will put the flag on display in windows. Schools across the country also organize marches, with students dressed in white and blue uniforms waving Greek flags.